Additive manufacturing (AM) has made inroads in all types of markets, and building architecture is no exception. For one recent example, witness how Materialise, a provider of 3D-printing software and services with U.S. offices in Plymouth, MI, worked together with Altair and Renishaw to create a spider bracket for R&D purposes. The original design was based on brackets that connect the corners of architectural glass panels, used in atriums and floor-to-ceiling wall glazing. The bracket produced in this effort contains a hybrid lattice structure and was successfully 3D printed in titanium.

This design could not have been created with conventional manufacturing methods. Instead, the success of the finished part is due to the application of Altair’s lattice-based optimization software; Materialise’s Magics, 3-matic and Build Processor software programs; and advanced settings of the Renishaw metal-AM system.

The spider bracket mimics the biological structures as one would find in nature (Fig. 1). Altair’s topology optimization software created a unique, organic shape that is both light and strong. The lattice structures also provide stability and are desirable for their thermal behavior. However, a topology-optimized model needs sufficient smoothing before it can be printed.

The topology optimization resulted in solid regions and regions with a lattice structure (Fig. 2). The irregular interface between the lattice and the solid mesh makes 3D printing difficult and can lead to stress accumulations, meaning that this interface requires reconstruction (Fig. 3). That’s where Materialise 3-matic software comes into play, according to Materialise officials. With this design-optimization software for AM, the design engineers at Materialise easily transformed the rough data into a clean model with smooth surfaces (Fig. 4).

Besides the irregular geometry, the support structures attached to the lattice potentially could cause problems during the laser-melting process. For instance, when removing the support, the lattice structure can break off as well. To prevent this issue, Materialise engineers placed a thin layer of solid material under the lattice structures that needed support (Fig. 5). In certain regions, the design also was slightly improved with Materialise 3-matic software to reduce the amount of required support structures.

After the design enhancement, engineers used Materialise Magics to add the logos of the three companies, find the optimal orientation, position the part within the build envelope and generate support structures.

Normally, such a large and complex file would be difficult to process and manipulate, but in this case, the calculation of the structures was postponed until the slicing step. The slice-based technology of the Renishaw Build Processor, powered by Materialise, applied the 3D geometry of the spider bracket at the slice level instead of at the STL level, which kept the file size remarkably low, say company officials.

The build file was sliced and tested according to the material parameters assigned by Renishaw. Then, the model was printed as a viable titanium part (Fig. 6). 3DMP


Materialise and ITRI Collaborate on the Factory of the Futur... 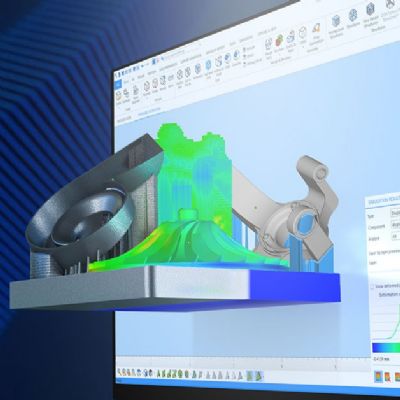 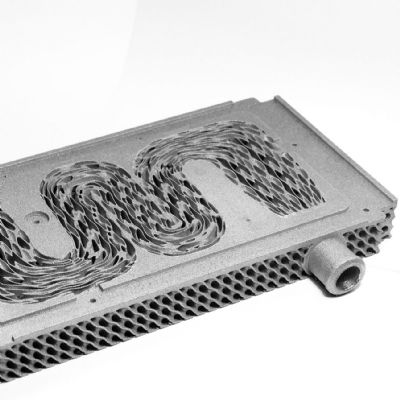