Atlas 3D’s new Sunata software, designed to work seamlessly with direct-metal-laser-sintering (DMLS) printers, automatically chooses the best orientation for a part and generates the necessary support structures for a successful build, eliminating what can be an expensive and time-consuming simulation process, according to company officials. Sunata users download designs directly into the cloud-based program and automatically receive the optimal orientation and associated support structures. The software requires no servers to install and configure, and no IT support is needed. Also, it works with many metal feedstocks.

Sunata gives users the ability to scale requirements from next-to-zero distortion with longer print times, to more tolerable distortion with shorter print times. And, because the software optimally orients and supports the part for printing, it can accurately provide the total print time and amount of sintered material the design requires, thereby providing accurate cost-to-print data, according to company officials.

The technology group at Indiana Technology and Manufacturing Co., looking to print viable components via AM and not merely prototypes, worked with Atlas 3D developers to create the software. 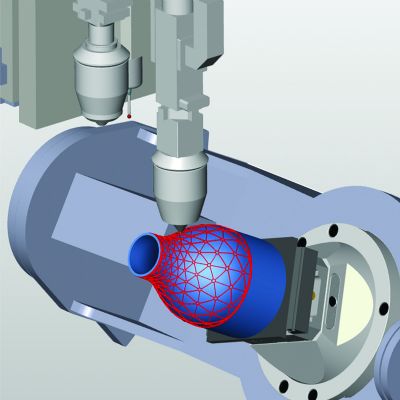