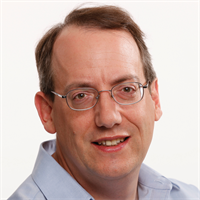 
Choices for Mechanical Testing for Qualification of Additive Manufacturing Processes

When additive manufacturing (AM) processes are qualified, it is common to perform mechanical tests of deposited material, as we expect that the material will carry mechanical loading. The assumptions about how AM material might behave differently from material prepared by other means (forging or casting, or even welding) have driven the choices of the required tests. As more AM has been performed and more combinations of material and process qualified, it has become obvious that experience does not justify some of those assumptions.

Two leading categories of metal AM are powder-bed fusion (PBF) and directed energy deposition (DED), both fusion-based involving the generation of melt pools and repeated cycles of heating and cooling, and similar to welding. And, welding has some common qualification requirements that have been developed and standardized by organizations such as the American Welding Society (AWS) for tests such as cross-weld tensile tests, all weld-metal tensile tests, Charpy tests for toughness (primarily of heat-affected zones, HAZs) and bend tests that primarily check for weld soundness.

PBF uses a controlled-atmosphere chamber around the powder bed, so chamber size limits the total size of any one build. As items are built above the base plate they remain in contact with the powder, which helps keep the temperature more uniform as the build continues and the heat source impinges on layers farther and farther from the base. Initial worries about leaving gaps between the heated passes and about gradual variations of the process across the build volume have been reduced, partly due to trying to achieve the desired flatness of the layer top surface to act as a base for the next layer, which is checked on less-complicated builds than those used for mechanical test specimens.

While some DED processes may employ a build chamber larger than those for PBF, some DED can occur without a chamber. DED usually prints larger parts than PBF, even though the moving source of added metal creates more variation in temperature through the build process. Like PBF, DED processes have developed to avoid gaps between beads, and often will create relatively high heat input per filler-metal volume. This leads to remelting more of the previous layers and helps to achieve the desired flatness.

Mechanical test specimens built by PBF and DED have the frustrating requirement that the material for the grip sections of mechanical tests must be made with the AM process. This differs from welding, where weld processes can be qualified with many specimens, including cross-weld tensile tests and transverse bends, oriented to put the grip sections into adjacent base metal. Since DED generally makes larger parts, bend specimens and other larger-size test pieces are easier to make than those for PBF.

It is difficult to test the material out to the build-volume corners without adding material to make the grip section. This resembles the problem of not being able to test through the thickness of thin castings or the through-thickness properties of welds.

Initial assumptions about mechanical testing for PBF, embedded in the qualification requirements for machines and procedures in AWS D20.1, consider that material position in the build volume, as-built thickness and as-built orientation are parameters that can affect tensile properties. These should be tested exhaustively. Other qualification documents have used a less-extensive material position matrix. Because PBF commonly uses different path directions for the laser for fill passes with each layer, there is no obvious directionality of the heating within a layer. However, the inherent anisotropy between properties in and out of the layer means that properties must be tested in at least two directions.

Initial assumptions about mechanical testing for DED focused on differences of orientation in a more limited way, as well as thickness of the deposit. Position in the build plays less of a role, partly because there is no obvious outer envelope to the build volume to act as a reference. DED more likely will have a single direction of heating within a layer than will PBF, similar to the travel direction for welding. More-elaborate DED qualifications can use configurations, where specimens come from thicker block areas and from thinner walls, both in different directions and with specimens targeted at the deposited material and the interface. The isotropy in the X-Y plane for DED does not hold the same way as it does for PBF.

Another set of initial assumptions relates to the mechanical testing methods themselves. Standard test methods, as those in AWS 4.0 or the nearly equivalent ASTM standards, are assumed. We can obtain additional information beyond the standard test methods using digital image correlation on tensile tests, allowing checks for variation of material properties across gradients, including surface-to-core, deposits on integrated build plates and functionally graded deposits.

Tests such as fatigue, creep, FGCR and corrosion are “application-specific” tests activated and included in the qualification schema as you start qualifying a process for a particular service condition and for a family of parts in those service conditions.

Both PBF and DED, by building layer by layer, create an effective thermal gradient in the build direction (often designated the Z direction). This often creates a texture, with preferential grain growth in this direction. It only takes a few layers above the base plate or the bottom of an outstand to set up this texture, which can be modified by solid-state transformations during cooling. Thus, it is crucial to test for strength if the resulting items will need strength in that direction. Many preliminary demonstrations have avoided this direction because it takes longer to build in this orientation than it does parallel to the base plate. Other directions of testing can be considered interchangeable for blocky deposits—those not affected by the surface-to-core gradient.

Unlike testing of manual welding procedures, where lack of sidewall fusion is particularly important, the connection to the build plate may not even remain in the final part. Thus, the equivalent of cross-weld tensile tests and transverse bends will not be needed for every case, but can be used specifically to qualify cases with integrated build plates. Toughness testing around the interface also would be desirable when the deposit and the HAZ material can crack around the first layer interface, such as when the toughness is reduced by the more rapid cooling of the material next to a heavy base plate.

Overall, looking for effects of texture on strength and toughness seem to be more important for PBF and DED than looking for soundness. Since the heating gradient will remain an integral part of metal AM, we can focus more attention on this with mechanical tests and less on expecting soundness variation through the volume. 3DMP 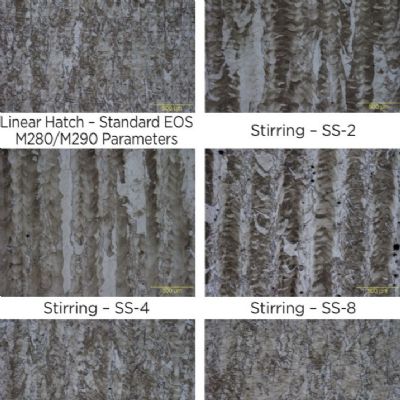 
A Solution for Laser-Beam Quality Analysis During Powder-Bed...