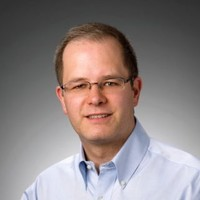 Mark Barfoot
Director of AM Programs

This article was adapted from a white paper authored by EWI applications engineer Jacob Hay, and reprinted here with permission.

Laser powder-bed fusion (LPBF) additive manufacturing (AM) machines use a rapidly traveling laser focal spot (<100-µm spot diameter) to create overlapping melt tracks on a powder-covered build platform. The melt (or weld) quality and repeatability depend on the laser-spot size, shape and quality. Successful delivery of the large amount of weld metal needed during LPBF requires an understanding of the laser-beam quality and consistency at multiple locations on the build platform. 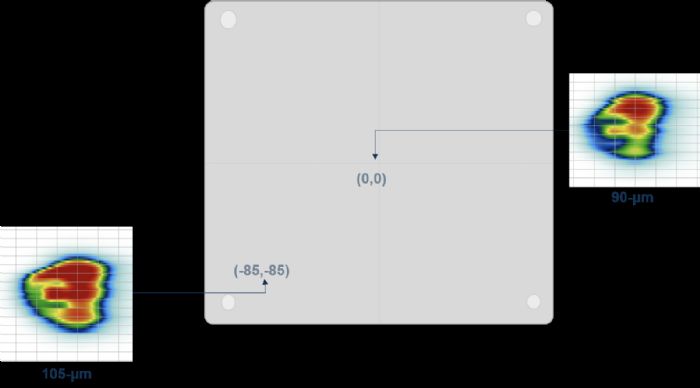 A few common factors that can affect the size, shape and quality of the laser-beam focal spot on the work surface include the LPBF machine’s optical setup, thermally induced distortion of beam-delivery optics and contamination of the scanner cover window. These critical factors require manufacturers to confirm the laser focal-spot characteristics of each LPBF machine and compare those characteristics at multiple locations on the build platform before certifying each machine for production in critical component manufacturing.

Laser-spot size and shape of a single setup (Fig. 1) can vary based on the location on the platform. Therefore, laser-spot analysis in multiple locations is critical and may affect an operator’s part-placement decisions for key components. As LPBF systems continue to generate higher product throughput and build volumes, multi-laser systems have become popular, making this synchronization and certification even more important.

Machine maintenance and variations in LPBF machines can cause build-quality variations between different machines, as well as from operator to operator on the same machine. The development of a fast solution for laser-beam quality analysis (at operating power and travel speed) across the build plane is essential for consistently high-quality LPBF AM production and quick troubleshooting of inconsistencies.

EWI has developed a laser-beam profiling device that can measure the beam focal-spot size, shape and quality in multiple locations on the LPBF work plane, an upgrade from previous systems requiring a stationary beam in or near the center of the build platform. Stationary laser-beam measurement requires the beam to be fixed on one area of the f-theta scan lens and can exacerbate any thermal lensing effects. 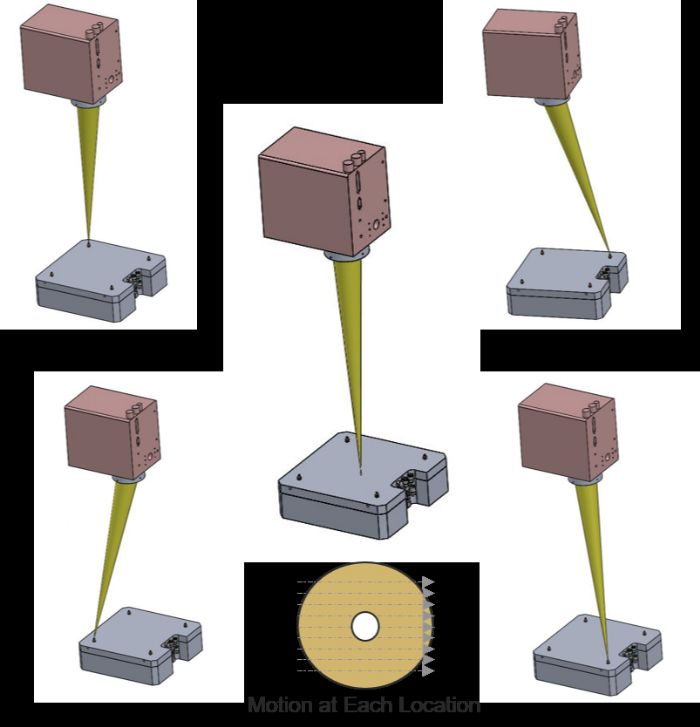 Using the EWI system, the laser beam traverses over known locations as it would during the normal build (Fig. 2). The ability to evaluate the laser beam in its scanning (moving) state provides more reliable and realistic results. The scanning motion used over each measurement location can be expanded to conduct one scan pass over each pinhole location before returning to the first pinhole for a second pass, and so on. This practice fully distributes the heat load on the scan lens, similar to the actual build process.

The final system, as envisioned by EWI researchers, also will have room near the measurement sites for use with a beam dump. This feature would enable the laser to temporarily unload its power, allowing the system to heat to a steady state prior to taking measurements, and allowing operators to investigate excessive thermal lensing or other heat/time-related phenomenon. Using the LPBF-machine’s build-plate axis, the system also will be able to evaluate the beam diameter and distribution at various Z-axis locations. This information then can be used to perform calculations such as Rayleigh length and beam parameter product, allowing for an in-depth understanding of the machine's laser-beam characteristics. 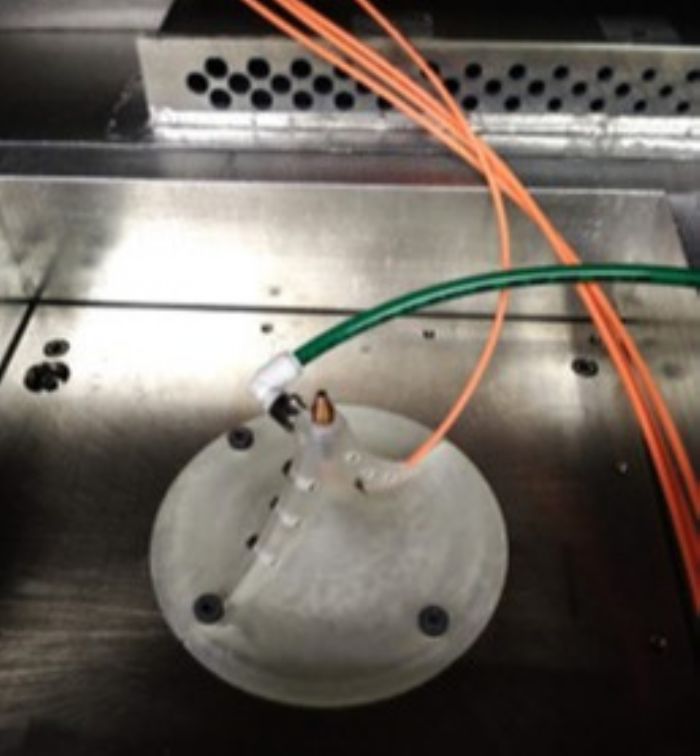 For development purposes, EWI has built a single-point prototype system simulating these functions (Fig. 3) and tested it with promising results. The system includes a beam profile-sampling aperture with damage thresholds comparable to other laser-measurement devices; a high-speed photodetector; custom data-analysis software; and the ability to locate the measurement site anywhere on the LPBF platform. To date, all testing has been completed with a single measurement location, but the additional locations could be included with the use of a combining fiber. Each individual fiber would attach to a measurement-location pinhole assembly and combined before entering a single measurement sensor.

EWI’s open-architecture LPBF setup used to test the beam-profiling device includes a 700-W IPG single-mode laser source, a ScanLabs Hurryscan20 scanner and a 480-mm f-theta scanning lens. More than 50 beam-profile data sets have been collected and analyzed during development testing, with variations in: 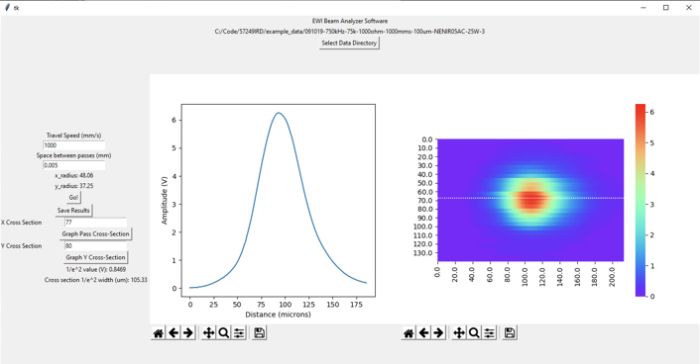 Each profile dataset has been analyzed for focal-point size and distribution using custom data-analysis software (Fig. 4) and the results evaluated to confirm the function of the LPBF beam-analysis system. EWI researchers used filters and pinholes to manually adjust sensor-signal strength. This process could be improved with upgraded data-acquisition equipment. The manual test setup resulted in low signal strength when moving away from the focus location, due to changes in light intensity. Beam caustic calculations were performed within measurable ranges by manipulating the LPBF-bed Z axis.

The resultant data collected and evaluated for this project indicate that EWI’s laser-beam analyzer has the potential to validate the full work envelope of an LPBF system, and to compare performance across build platforms between various machines and laser sources. This would allow users to confirm the expected build quality of one component between various machines prior to completing a critical and costly build.

EWI continues to improve the multi-location beam-analysis device and develop procedures for examining and confirming LPBF-machine beam quality at multiple locations across full-build platforms. Future work will focus on improving the robustness of the measurement aperture, optimizing measurement locations and orientation, and improving data-acquisition methods to demonstrate the system’s capabilities, durability and flexibility. 3DMP 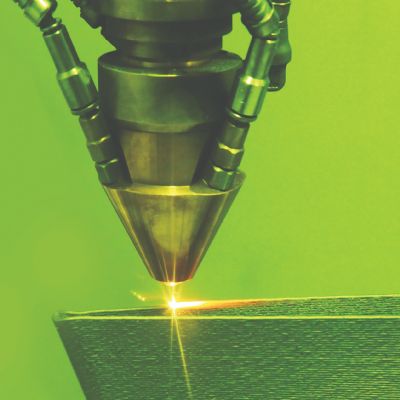 
Identifying the Source of Pore Formation During Additive Man...


Achieving Process Repeatability with Metal AM 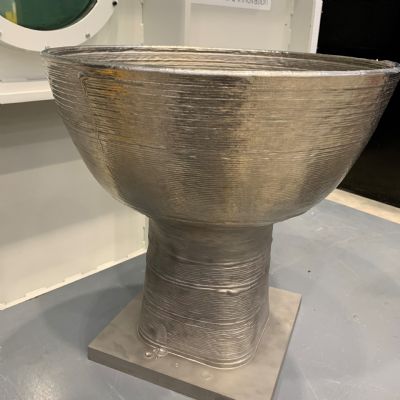 
Introduction to AM: Five Steps for Getting Started