Caldwell Manufacturing, a global window- and door-hardware manufacturer based in upstate New York, is “an integrated supply partner,” says company CEO Eric Mertz. “The springs that hold a window or door open, the hardware, locks, latches—all of the mechanical hardware that makes a window or door operate, that’s what we're focused on.” 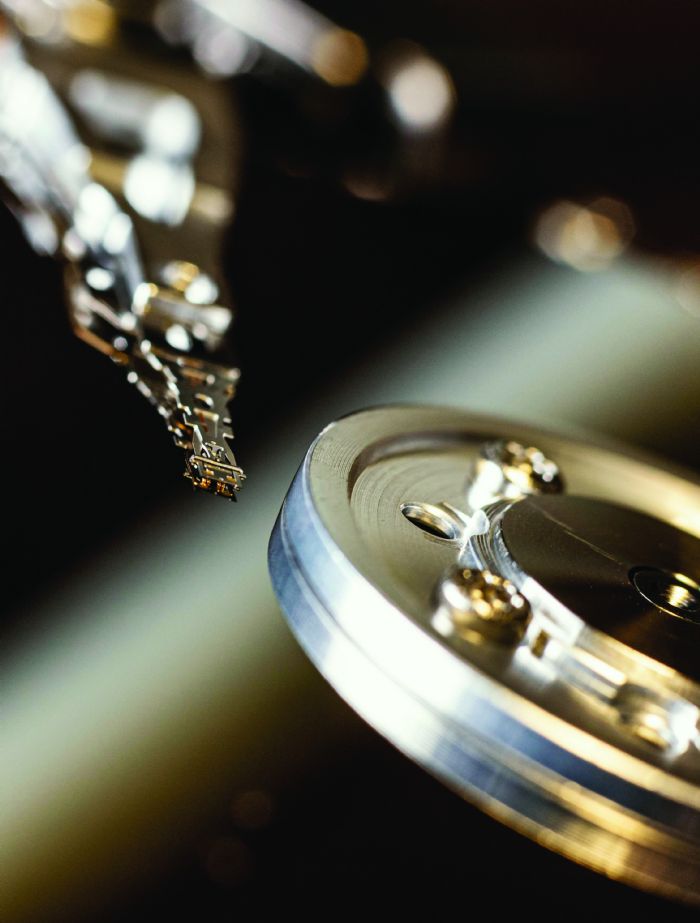 The company, which dates back to 1888, ships to thousands of customers in 70 different countries, and has factories in the United States, the United Kingdom and India. Its team is responsible for everything from design ideation to final product, tasked with developing and commercializing Caldwell’s components while simultaneously creating injection molds, springs and more.

For any piece of window or door hardware it manufactures, the team at Caldwell also must fabricate holding fixtures, assembly fixtures and error-proofing fixtures—all of which the firm designs inhouse. And, until recently, the fixtures were fabricated by a third-party supplier. The internal tooling often took as long as eight weeks to design and develop, and certain components were sourced from overseas, which led to product-development cycles of anywhere between 6 and 12 months.

The company also had an employee-engagement problem, according to its management team. Turnover was high, and people lacked a sense of connection to the projects they were working on. A single job would require people to look for outside quotes or internal toolroom quotes, and any changes to internal tooling were time-consuming and expensive, so improvements needed to be significant to justify the expense.

“Sometimes businesses just end up layered with bureaucracy,” says Mertz. “And, one of the reasons people leave their jobs is because they don't feel connected. They don't feel that they've got the authority and the resources to do their job.”

In the company’s strategic-planning meeting in 2010, the executives looked at what kind of technologies were going to be disruptive, and unanimously agreed that 3D printing would be the key to their success. In 2014, Caldwell purchased its first FDM plastic 3D printer.


New Options for Use of Desktop Metal AM Machines


TriTech Titanium Parts, Spun Off from AmeriTi, Opens in Detroit

“3D printing was a technology we had been watching for a couple of years,” says Mertz. “And as its price points came down, it's one of those things that encouraged the buying decision.” Initially, the printer was brought in for rapid prototyping, but the team quickly realized that the printer could help them only evaluate form and fit, but not function. 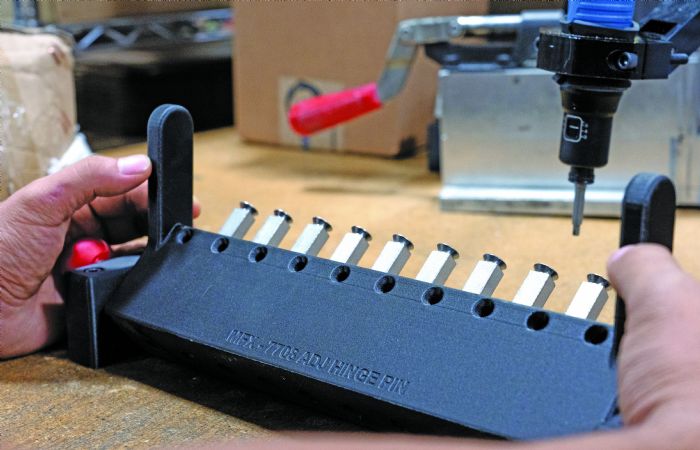 Many of the parts fabricated by Caldwell Manufacturing are from metal alloys, and the team found 3D printing of low-quality filament unacceptable when it came to the strength of their parts.

“The plastic 3D printer that we onboarded really resolved much of our external prototyping needs for plastic parts,'' says Rick deNormand, product engineering manager at Caldwell. “However, we really needed to explore and introduce metal 3D printing as well.” Selective laser melting metal 3D printers didn’t fit the need of the organization, as the use of powder seemed too difficult to handle and the cost to introduce the technology was too high. So, the team set to work looking for the optimal solution: an affordable filament-based metal 3D printer that could easily be used within the facility.

“We wanted to put the control within our own hands to allow for quicker iterations on our product development,” shares deNormand.

In 2017, Caldwell Manufacturing sent members of its team to a manufacturing trade show, viewed the Markforged metal 3D printing platform, and ultimately decided to purchase a Markforged Metal X system capable of printing in 17-4 PH stainless steel, Inconel and copper.

Caldwell also purchased a Mark Two 3D printer, along with the Metal X, that can print in continuous carbon fiber as well as other reinforcing materials. The team initially brought in this printer for R&D purposes but has since started to use it for internal tooling.

The Metal X system, say Mertz and deNormand, has enabled Caldwell’s engineers and designers to print prototype metal parts that would traditionally be cast from zinc or aluminum. “The metal 3D printer has enabled us to prototype those parts in which we weren't in a position to be able to do before,” says deNormand. “The same parts that would previously cost anywhere between $300 and $5000 made using traditional methods now cost $30 and take three days to produce instead of up to eight weeks.”

The team now can test the 3D-printed metal parts, share them with customers for evaluation and collect feedback to help in the design of their products. “It changes the design cycle to more of a fail-fast mode,” says Mertz. “It really changes our mindset about how we design, the way we test and the way we validate. It changes the way we put products into production. It’s changed everything.”

Caldwell has well and truly integrated 3D printing into everything aspect of its company, from R&D, developing robotic parts for testing, assembly fixtures and tooling, all the way to post-processed parts for customers. The team 3D prints tooling for the shop floor, and the assemblers can provide feedback and suggestions for improvement.

“If an assembler feels like there's a change that must be made, I have no hesitation making a change,” says manufacturing engineer Phillip Cole. “We quickly make a design change, send it to the printer, and swap it out. What used to take 6 to 12 months to accomplish now takes the team 6 to 12 weeks.”

Overall, the addition of the two Markforged 3D printers has removed bureaucracy and added autonomy, according to Mertz. “It’s given them the tools they need to put their thoughts into parts,” he says. “And ultimately, I think it’s bigger than that. I think that those things create more engagement from our employees. It’s reduced turnover, and it’s part of our culture now. I mean, it's kind of hard to believe that a 3D printer could do that. But I do believe that.”

While Caldwell Manufacturing has come a long way in reaping the benefits from its 3D printing investments, the team recognizes that there’s still a long way to go. “I think we’re just scratching the surface for what the technology can do, will evolve into, and how it can change low-volume production,” says Mertz. The company expects that in 5 yr., each of its manufacturing plants will have Markforged 3D printers for small-volume, low-run, custom-production parts. As of now, it has installed Markforged printers in two of its four North American manufacturing facilities, in use for producing some 18 low-volume end-use components. By the end of 2022, the team expects to add printers to its other two North American locations.

“We continue to realize the benefits of owning this technology and are genuinely excited about its future,” says deNormand. “Our 3D printers have become the most utilized equipment in our R&D model shop. Our new products and assembly processes are more robust, and we can introduce them to the market more quickly.” 3DMP 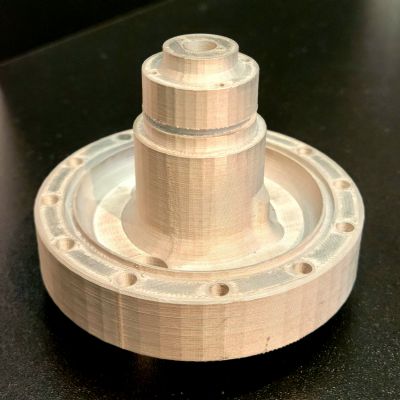 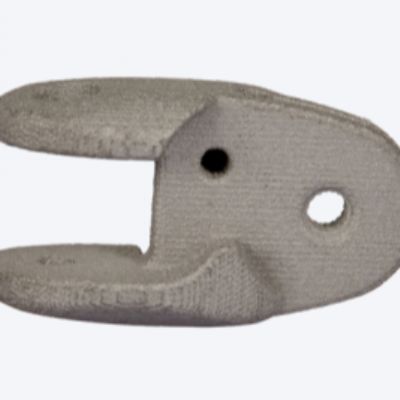 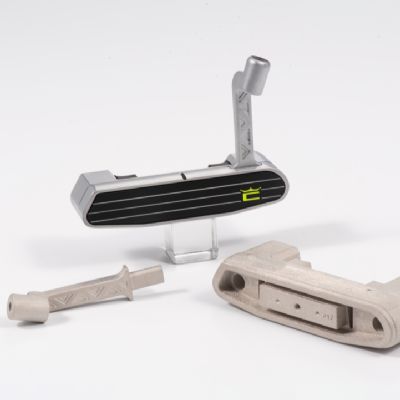 
New Options for Use of Desktop Metal AM Machines


TriTech Titanium Parts, Spun Off from AmeriTi, Opens in Detroit