As the city’s second tallest structure, the 58-story tower unique sloping appearance features a step back on each building floor. Each of the floor’s cladding systems will have a different angle and complex geometries to fit together.

Walters & Wolf worked with 3Diligent from prototype through production to produce 140 unique nodes with varying dimensions up to nearly a cubic foot in size. 3Diligent leveraged its metal 3D printing expertise to produce the v-shaped parts, ranging in size from 18 by 7 by 10 in. to approximately 9 by 7 by 10 in., and which bring together the square-cut parts of the curtain wall. Before moving forward with the nodes, 3Diligent presented sample parts made using investment casting and 3D printing. Once assembled into curtain wall units and tested, Walters & Wolf selected 3D printing as its preferred process for the project

“From an operations standpoint, we were impressed with 3Diligent’s consistency in delivery of highly accurate and complex parts in a timely fashion that was in sync with the production schedule we established early on,” says Tony Parker, project executive at Walters & Wolf.
Industry-Related Terms: Prototype
View Glossary of 3D Metal Printing Terms 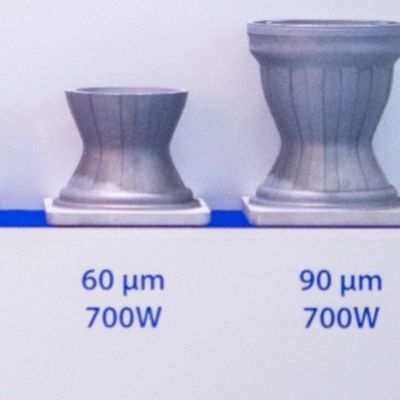