The parallel operation of as many as four Impact powder feeders (pictured, along with a powder-preheating unit) proves ideal for serial production, with the ability to operate two Impact spray guns in parallel for double-sided coating or greater capacity. Building on 10 years of system evolution, a reported higher number of sensors than previous iterations, data recording and the integration of higher-level control provide for a significant increase in process reliability.

And, the EvoCSII system, with a modular system structure, also can be expanded as required with interfaces for future developments already integrated.

Additional stated benefits include compatibility of all existing additional components; generation and recording of all process data for quality assurance and documentation; open interface for integration with a higher-level controller; and new software architecture, with a simplified and intuitive operating concept. 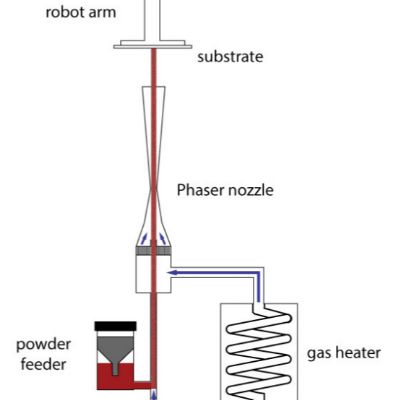