GE Additive's AddWorks team has been selected by Honda's Aircraft Engine Research and Development Center to provide consultative services, with the goal of accelerating applications of additive manufacturing in the aerospace sector.

The agreement, announced in July during the Farnborough International Airshow in Farnborough, England, builds on the companies' existing relationship, which includes the joint venture GE Honda Aero Engines LLC. Since its establishment in 2004, the collaboration has led to the development of the highly successful GE Honda HF120 jet engine.

"We are pleased that Honda Aircraft Engine R&D Center has selected GE Additive to be its vendor in providing AddWorks consulting services to further the use of this transformative technology in its future generation aircraft engines," says Thomas Pang, director of GE Additive in Japan.

GE Additive also used the airshow to launch its "Manufacturing Partner Network,” alongside a strategic alignment of its powder production technologies to meet a growing need for titanium and nickel-based alloys.

"Today, additive is already achieving amazing things, but we need to keep educating on its potential and demystify any concerns to maintain healthy levels of investment and create ecosystems to help everyone on the path from prototyping to production," says Jason Oliver, president and CEO of GE Additive. 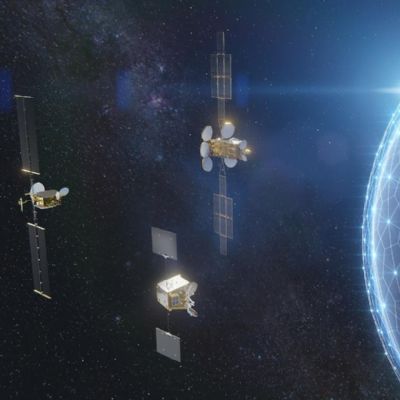